Gifts of the Mountain

I am grateful for the slow uncertainty of these four days,

swinging back and forth between hope and surrender,

Grateful for days and hours of natural unfolding,

giving me time to sink into the alternate ending of this story.

Grateful for every hug and prayer ~ I felt them all.

Thankful for the 9 weeks of holding,

and thankful for release.

The Gift of the Mountain 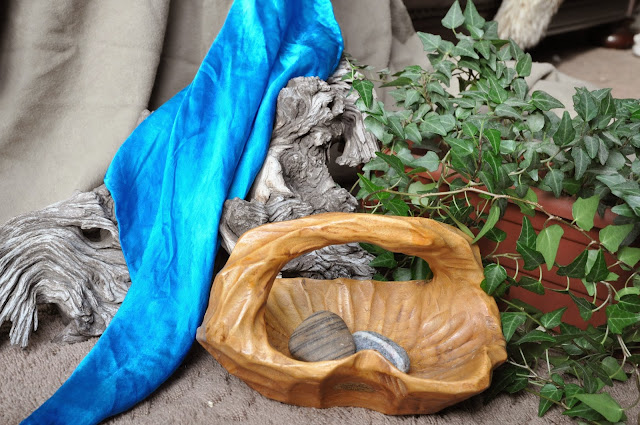 There was once a Mountain, and down from this Mountain flowed a deep blue stream.  Where the stream slowed to a gentle song there stood a wooden house.

In the little house whose walls were carved from the trunk of an ancient tree there lived a man and a woman.  Together they dwelt at the base of the Mountain in peace for many, many years.

Each morning when the woman bathed in the stream her ears would tingle with the song of the water, which was the song of the Mountain.  But one morning the cadence of the brook filled her ear with a melody rare and suddenly she was filled with a single desire: to climb the Mountain.

The man agreed.  It was time to scale the rocky heights together to the place where they both were born.

The river splashed sweet trills of joy upon its banks as it showed them the meandering way up higher and higher to the Mountain top.

"Come in my children.  Here the entrance is just wide enough.  Follow the caverns deep to my centre, to the chambers of molten rock where you were formed."

When they reached the innermost core of the Mountain they stood amazed.  Flowing pools of lava lapped around the base of a giant rock bowl and inside were cradled hundreds of baby stones, each completely different from the next. 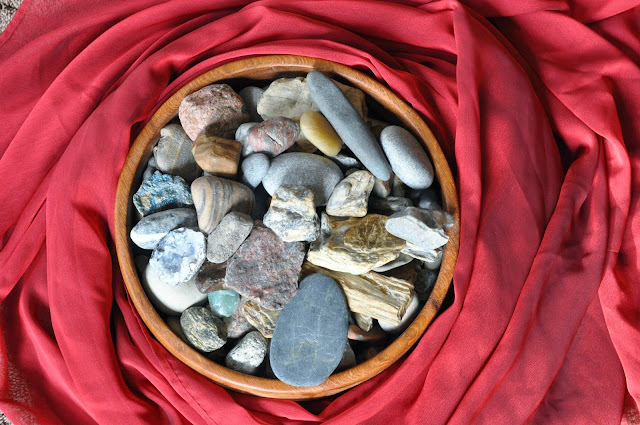 "This is the nursery of my heart and these are the children forged of my being.  I have brought you here today because one of these is for you."

Great love warmed the belly of the woman.  "But how will we know which one?"

"She is the one that trembles now at your voice, that tumbles from my womb to yours.  This is she."

And indeed, one round pebble seemed to vibrate...and then shake...and then tumble from its place in the nest.

"I call this one Pearl.  Her layers of beauty are the labour of sand.  Salty tears bathe her soft interior. Her longings are as deep as the sea.  Like me, she is pierced by the ills of the world.  Maiden of simplicity, low she lies on the humble ocean floor, serving." 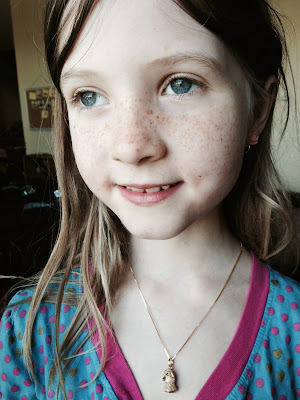 And so the three of them left the bosom of Father Mountain and lived again in peace.

When only a little time had passed the family was called again to the heart of the Mountain.

"Stone of my Stone, another trembles towards you.  Ripened by my love, I give you this son."

The mother and father peered into the pile to see which pebble would begin to move.  Ah, there he was! 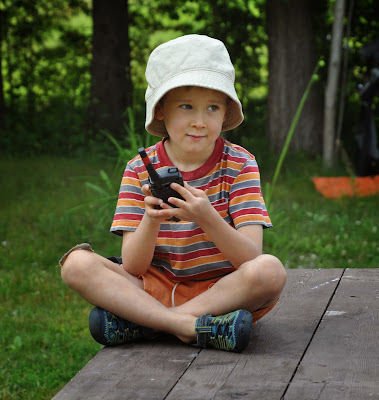 "I call this one Scout.  He is agile and quick, a watchful guardian, a defender.  His lines run deep but his surface is smooth.  I have given him my own solid, steady nature.  Though small, he is a mountain. He shall be an anchor for your soul."

Swiftly the stone flew from its place and the four went home to their wooden house by the brook.

Many years of joy and laughter they spent thereafter, until.....a third time the glorious song came gurgling down the Mountainside.

When the family of four came into the cavern of lava yet again they were astonished to see one stone already rolling around the bowl as if to say, "me, me!"

Father Mountain seemed to shake with mirth.  "This one I call Buddha.  He is a clear, old soul.  Bold in his knowing, strong in his willing; serene as the moon.  That is because he's been a long, long time in the kiln of my heart.  In his bones he owns the nirvana of my nature.  May he laugh with you as he has laughed with me." 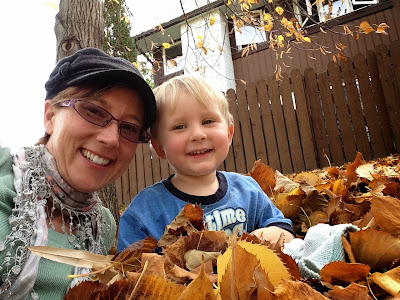 With this the jolly stone tumbled into their arms and they all journeyed home singing songs of thanks as they followed the river path down.

Happily they grew in the little wood house, bathing in the deep blue stream, learning the songs of the Mountain.  And all was well for many a year.

But that is not the end of the story.

One ordinary day the mother and father heard a musical whisper in the waters, and they could barely believe their ears.  It was the same joyful song they heard three times before!  Overcome with wonder, they quickly gathered their little stone family together and began to climb.

Reaching the basin of stones nestled in Father Mountain's own belly, the family stood silently ready and waiting.  Who would it be?

For a rather long while they stood.

At last they heard Father Mountain's voice echo softly through the glowing room of molten rock.

"Dear gem of mine....you who have carried these three so faithfully....come close to me now."

Closer she came, to the very rim of the bowl.

"I have need of you today...in a more difficult way.  Sometimes it comes to be that a sweet pebble of mine needs just a small taste of your earth.  Just a touch.  And so this I ask of you, as I have asked many before you....will you hold this delicate one for the briefest of time, just long enough to season it with earthly love....and then return it to my heart, that it may complete its formation in me?"

Her eyes scanned the Father's treasury of tiny peaks and bumps, jagged and smooth, dark and fair, all balanced together like warm hatching eggs. 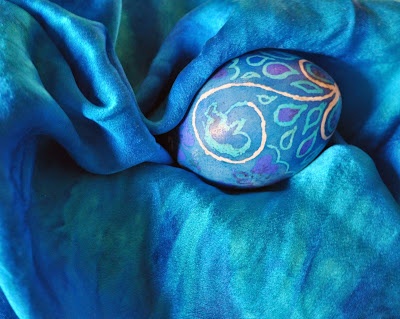 And then...she saw her...just a curled bubble of light, shimmering near translucence, hovering with bubble frailty, so out of place among the hearty stones.  She was pure spirit and wish, just a tremble of life, the first inkling of form.  But she was beautiful beyond belief.

Drawing her in was like taking a long, deep breath.

Holding her in was as simple...and impossible...as taking 'just so' many more breaths in, and out. But in oneness they sat.  And breathed together for a good and wonderful while.

And then, from the rumbling nudges within, she knew it was time.

Mineral tears salted her exhalation as the little one rolled back into the Father's embrace.

How different the little pebble appeared!  What a marvel.....her ethereal skin was now crystallized and firm with rich bands of color spanning the flesh....so substantiated was she by the briefest window of her earthen love.

"Oh deep magical day," thought the woman..."that my own gravity could lend life to heaven.  But Father, what do I do with this empty space that this love has forged in me?" 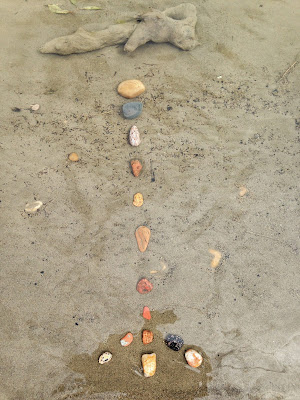 "Sweet one," he replied, "I would never leave you barren....no.  Empty though you feel, even now you are seeded by this short embrace.  Be watchful within and around you for the thousand fruits of this gift.  For I never take without giving..."

Indeed this was the way of the Father, this she knew full well.

Five stones rolled home that day and they all shed their mineral tears into the Mountain stream tumbling down.  But all the while they sang, for their hearts had been both softened and enlarged, first by joy, then by sadness, then by the streams of thanksgiving they always felt by the side of the brook. 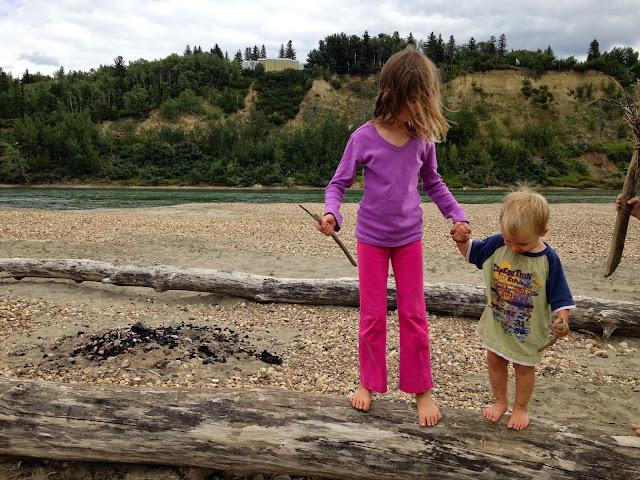 It comes from a far off place

and you feel it."